You are here: Home1 / About Laura Kerbyson

Her personal blog can be found at https://laurakerbyson.com/journal/ 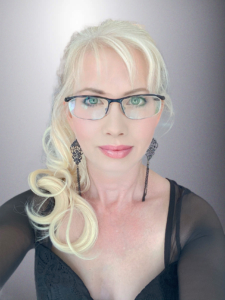 Laura Kerbyson has backgrounds in design, computer science and marketing with over 30 years of experience.

Her portfolio and work has included brands such as Hard Rock, General Electric Plastic’s Polymerland, Lilly Pulitzer, Arnold Palmer, Knight Ridder, Hilton Head Chamber of Commerce, Hilton Head Island Law and some of the most prestigious jewelers in the world that were five time recipients of the International Diamond Awards. Her international marketing and photography work includes several noted pieces of jewelry in the Guinness Book of Records. Her other areas of expertise include e commerce, email marketing, social media marketing, marketing print collateral, full page magazine advertisements, back covers and spreads, lead generation, branding & positioning and marketing strategy.

She is an entrepreneur who owns two marketing and advertising agencies – Carolina Web Development and Florida Web Development that were started in 2011 and has been a well established authority in her field. After producing merchandise for Hard Rock, at one time she produced her own line of designer merchandise. The original items were sold from the store at the top of the Harbour Town Lighthouse on Hilton Head Island and on Amazon.

Prior to opening her businesses she was a college professor and department head teaching computer science, design, business and game development for 9 years. She was awarded The Outstanding Educator for Advancing Information Technology in Ohio in 2006. She designed the very first two year college degree in game design in the United States.

She was one of the first 20 founding team members of Hard Rock Park – a $500 million dollar rock and roll theme park that was built in South Carolina in 2007-2008. Due to bad timing with the collapse of the economy, the park closed after one season.

In 2015 she obtained $750 million dollars with her own plan for a theme park. Due to drainage problems and lack of infrastructure, she decided not to build the park after six months.

Today, she resides in Palm Beach County, FL doing design, marketing, computer science and photography. She has been a resident of Palm Beach County since 2016. She can be reached through her two companies.

Laura’s companies’ own a division that provides web sites, marketing and print design work for small to medium sized businesses. Clients in that division include professions such as doctors, lawyers, painters, roofers, florists, auto repair, real estate, etc. In 2022 she will split off that division into FloridaWebDeveloper.com that will service businesses that have smaller projects that require one developer or one designer.

As the CEO of Laura Kerbyson and its’ holdings, in August 2021 she was named to the Executive Board of Fast Company. Fast Company is the world’s leading business media brand, with an editorial focus on innovation in technology, leadership, world changing ideas, creativity, and design. Written for and about the most progressive business leaders, Fast Company inspires readers to think expansively, lead with purpose, embrace change, and shape the future of business.

She will also be a contributor to Fast Company and her articles on Marketing, Advertising, Design, Technology and Business will appear over the course of the next year. 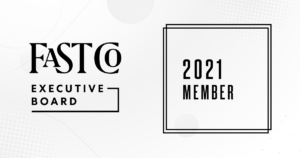